On Friday, the 19th of February 2016 OSCE’s Office for Democratic Institutions and Human Rights (ODIHR) hosted an event under the chairmanship of Germany addressing intolerance and discrimination against Muslims in the OSCE region. This conference, to which representatives of different NGOs had been invited, has been preceded by various other events that have highlighted the need to counter the rise of anti-Muslim hate crimes and have also stressed the particular need of protecting Muslim women.

Accordingly, the goals of this event were to:
• ‘follow up on and assess how ODIHR can further support participating States and civil society organizations by addressing […] discrimination of Muslims, including discrimination against women, the role of education and the media’
• ‘Provide a platform where participants can connect, interact and share expert opinions on how to best address intolerance and discrimination against Muslims, by coordinating their efforts;’
• ‘Formulate recommendations for future activities on the local, national and regional level.’

What is particularly important for the civil society institutions is the commitment of ODIHR to support them in their strive against anti-Muslim hate crimes.

Yaser Louati, spokesman of the Collectif Contre l’Islamophobie en France (CCIF), emphasised that out of 57 countries in the OSCE region only five are willing to collect official data on hate crimes. According to him, hate speech in France has been normalised and its patterns are used even by officials. Islamophobia as a term is not used, but on the contrary the word Islamofascism is utilised, which criminalises Muslims rather than hate crimes against Muslims. Islamophobia, thus, is not recognised officially. Another issue he mentioned is, that victims often do not complain or report hate incidents, which is due to the fact that the police is not willing to accept these complains. Though there is a kind of protection of places of worship, there is no protection of people belonging to a religious minority such as Islam. Furthermore, Muslims in France are four times less likely to get a job for which they apply. And even though there have been many measures against terrorism, 140 people died in attacks in France. No terrorist attack has been prevented this far, which means that the strategy of battling terrorism has failed. According to Louati, politicians do actually fuel terrorist ideology by their anti-Muslim patterns. In contrast, security officials pledge for the inclusion of grass roots organisations for prevention. An official said, ‘we`re targeting Muslims’ with the implemented policies. There are, however, encouraging signs. President Francois Hollande called for a stop of anti-Muslim sentiments in France. The minister of Interior recognises the rise of islamophobic acts too. The CCIF itself created a platform to collect data on islamophobia. And even the ‘Observatoire de la laïcité’ stresses the inclusive nature of secular law, the need for a better integration and that laicism is not an opposition to religion or Muslims as such. It also highlights that secularity is often misinterpreted to exclude Muslims, using it rather ideologically than in its original sense.

Louati concludes with his recommendations to officials that there is an urgent need for a definition of islamophobia as well as national strategies to involve grass roots organisations, e.g. training for the police to accept complains against hate incidents. In his recommendations he further stresses the need to understand the mechanisms of islamophobia in order to have a tool for measurement. Social media is also a big issue. People are clueless about islamophobia, leading to a complete denial. Accordingly, hate speech is spread through Facebook and other social media channels. Lastly, he recommends to let Muslims speak for themselves. 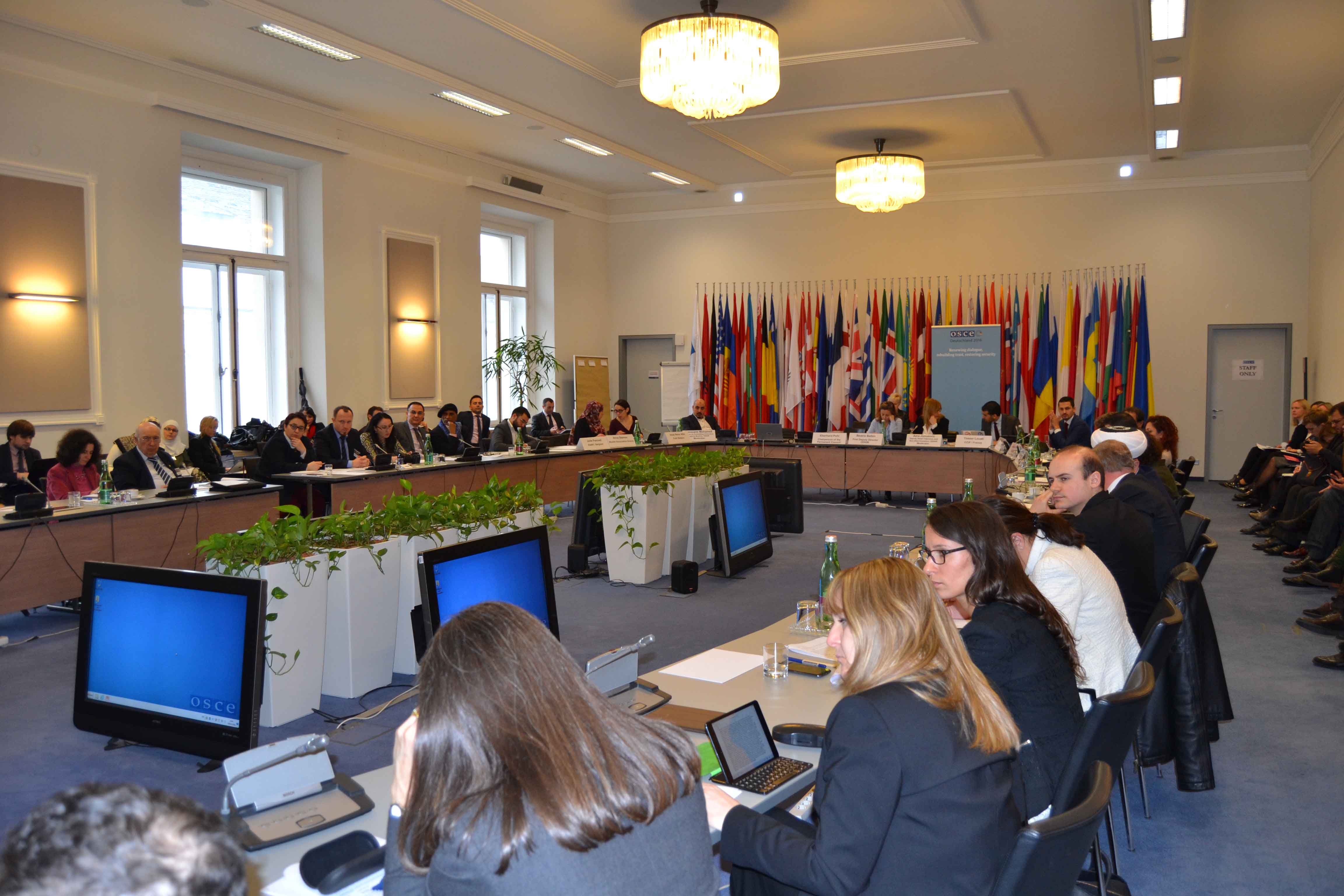 Iman Abou Atta from the UK-based ‘Faith Matters’, which provides evidence based work on islamophobia, was the second speaker. Her organisation runs the hate crime reporting platform MAMA – Measurement Anti Muslim Attack. One of their findings was that even international incidents do affect the number of anti-Muslim attacks, as she could prove with the rise of hate crimes against Muslims in UK after the Charlie Hebdo and the Paris attacks. As a local difference to France, the police started to officially record hate crimes. One other issue Abou Atta mentioned is that the language of hate speech changes every two to three months, which makes the work of the police even harder, since they had to adapt continuously new stereotypes in anti-Muslim hate speech. She also stressed the phenomenon of intersectionality, where different markers of racism converge on single individuals. As an example, an Asian woman who wears a head scarf, unites racist, anti-women and anti-Muslim markers. One of their important findings to come from this expanded analysis is that the perpetrators are usually white men aged between 15 and 35. Abou Atta also mentions the problematic of social media, where obviously no reviews are made by the providers. It is also a proven fact that online hatred is driven by a minority of far right perpetrators. As a result, particular sectors feel at risk, e.g. workers like taxi drivers. They also recorded about ten attacks against mosques per month. Jus as Louati mentioned earlier, Abou Atta establishes a link between victimisation and extremism: overreacting to Muslim pupils talking about Palestine leads to a victimisation, which in turn leads to extremism. In this context she talked about the ‘trap of overreaction’. Concluding she pictures the holistic work of MAMA, which records data attached for example with the victims’ gender. As a recommendation Abou Atta would like to foster a broader social collaboration to address the issue of anti-Muslim attacks.

A member from a Crimean Tartar group in Ukraine told about the situation in the Crimea, particularly after it had been annexed by Russia. Ukraine provided a quite liberal framework to Muslims with round tables installed in order to address problems faced by the Muslim/Tartar minority. After the Russians came in, things changed dramatically, since they introduced black listed publications and organisations. Non-traditional Muslims are represented by people that are originally Muslims. As a result, the Crimea is fled by non-traditional Muslims. Even though ‘there hasn’t been any crime committed by Muslims, but lot of acts against Muslims in the past 23 years.’ As a recommendation, the speaker proposes to learn from Ukraine’s policy against Muslims.

Most of the civil organisations’ speakers report similar or comparable issues from different countries. A main recommendation is the recognition of islamophobia. Bashy Quraishy, chief editor of the Copenhagen-based organization MediaWatch, complains that recommendations do exist, but are not implemented. He also pledges not for tolerance, but for acceptance. People would not trust in the police. He also recommends to fund grass roots NGOs and to establish a coordination between EU and OSCE in order to provide protection of the Muslim minority.

Umut Topcuoglu, delegate from Turkey, has similar recommendations, he also stresses the linkage between discrimination and radicalism. He recommends a recognition of Islamophobia as well, and goes a step further by providing training programs regarding Islamophobia in order to fight negative stereotyping.

OSCE/ODIHR Conference: Intolerance and Discrimination against Muslims, Part I
www.osce.org