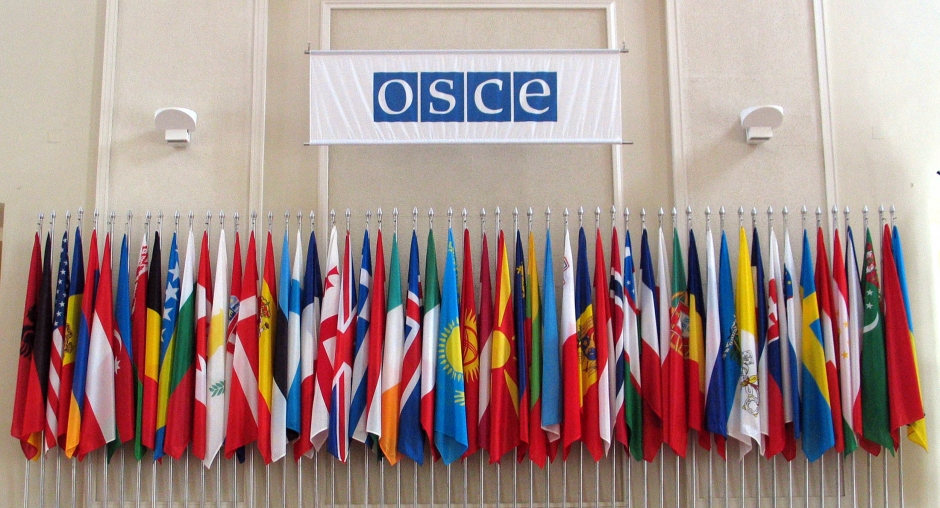 A detailed insight into the legal aspect of islamophobia was given by Ayse Elkilic. As a lawyer, who is also active for the Belgian think tank “ThinkOut”, she reports about frustrating cases related with islamophobic hate crimes. In Belgium security measures have been in place even before the attacks on March 22. At the same time mosques are being attacked and closed. At schools immigrant pupils are forbidden to speak their mother tongues. However, there are no reports about these issues in the media. Elkilic gives an example of an incident in which a Muslim woman was hit in the face. Yet the case was still waiting to be brought to court, showing the juristic stolidity in Belgium. As a recommendation, she urges to also watch the social media, where a great part of anti-Muslim resentment is observable.

Bülent Senay, the newly appointed personal representative of the OSCE Chairperson-in-Office, focuses on the emotional aspect of islamophobia. After a short introduction about his stance against islamophobia, were he is engaged against anti-Muslim attacks since 1996, he pointed out that islamophobia emerges amidst a culture of fear. He argues that Islam is not a perceived, but a received threat. As an example he states that the hijab (head scarf) is actually not a political symbol, but it is rather made one. As a consequence of this culture of fear the discourse about Islam is being hijacked by an anti-terrorist discourse. In this context he mentions the book “The Geopolitics of emotions”, which gives an insight into emotional aspects of globalisation.

Senay identifies the western arrogance as a root cause of islamophobia, resulting in a demand for a Muslim enlightenment or a European Islam, neglecting the specific development of different societies and cultures. He summarises, that a collective action is urgently needed in order to battle the culture of fear.

Marwan Mohamed, Adviser on Combatting Intolerance against Muslims, confirms the importance of reporting hate crime incidents, but he rather stresses the issue of preventing them at all. He identifies the role of the media as a key element and suggests an approach to change three main reporting choices: Firstly, the choice of words should be changed. In this regard he mentions terms such as fundamentalism. Secondly, the choice of people should be changed. The question is: who speaks for Muslims? Muslim artists, Muslim teachers, Muslim experts almost never appear in the mass media. And finally, the choice of stories should be changed, since in 92% of the reports, Muslims are depicted in a problematic manner. He recommends to organise workshops for journalists in order to address these issues.

He further proposes a three legged strategy to combat Islamophobia: Muslims need a strong political position in order to fight discrimination. He states that ODIHR could assist by creating ideas that base upon data from grass-roots NGOs. A further problem to be addressed is the huge discrepancy between reported (if at all) and actual incidents. He supposes to enforce the collection of data and, since data alone is not a means, to enforce a good relationship between authorities and communities, which is a relationship that needs trust in the first place. And as a main means to fight Islamophobia he suggests the previously mentioned ideas to prevent incidents.

Other grass roots’ speakers presented their work in their respective countries. Common to all of them is the massive under-representation of actual hate crimes in the statistics, even in countries with a large Muslim population such as Bosnia.